Saturday, March 5, 2022, 5:23 p.m. – Several large wildfires burning across the Florida Panhandle are fueled by widespread damage to trees left by the landfall of category five Hurricane Michael in 2018.

Crews in Florida are racing to contain two growing wildfires that have forced the evacuation of hundreds of homes. Hot weather, continued dry conditions, and extensive tree debris left behind by 2018’s Hurricane Michael contributed to the infernos near Panama City, located on the state’s Panhandle.

Saturday’s sunrise saw more than a dozen active wildfires across the Florida Panhandle at the start of the weekend. The two most severe fires are burning just east of Panama City, home to nearly 40,000 people. The Bertha Swamp Road and Adkins Avenue fires consumed nearly 17 square kilometers in total Saturday afternoon.

The Adkins Avenue Fire is the most pressing concern for firefighters and residents, burning in a wooded area east of Panama City proper.

The Florida Forest Service reported Saturday that the Adkins Avenue Fire had consumed 560 acres of land and was only 30 percent contained. The agency said in a press release on Saturday that the fire forced the evacuation of 600 homes, burned two structures and damaged a dozen others.

The Panama City News Herald reported Saturday morning that the Adkins Avenue fire may have started with a trash fire on private property.

Many of these wildfires bear witness to the long-term effects of major hurricanes years after they make landfall. 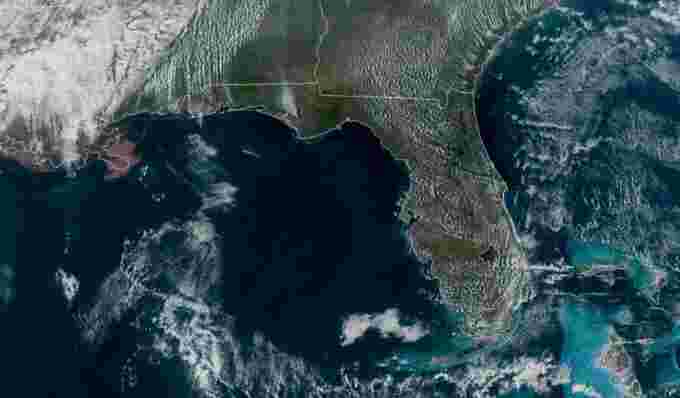 A visible satellite image of smoke from a wildfire over the Florida panhandle on March 5, 2022 (NOAA/NESDIS)

Tree debris is only part of the equation. Weather conditions across the Florida Panhandle have been favorable for wildfires for the past few days. It’s been hot and dry here lately – the same pattern that brought unusual heat to parts of eastern Canada this week has seen temperatures soar into the upper 20s to nearly 30C in some parts of the southeastern United States.

The dry, stagnant pattern that has built over the southeastern United States this winter has also contributed to continued drought in the region. Last week’s update from the United States Drought Monitor revealed moderate drought conditions around and east of Panama City, where the fires broke out this week.

With files from the Panama City News Herald.